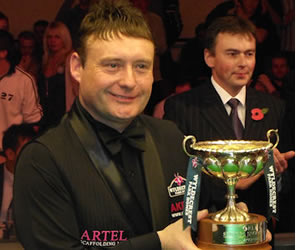 The Whirlwind, beaten by Davis in the first of his six Crucible finals in 1984, produced a vintage performance in an emphatic victory in the new event at the Cedar Court Hotel, to claim the top prize of £20,000.

White, age 48, can at last claim a world title among his list of honours.

A break of 45 helped White to the first frame. Davis made a 52 in the second before missing a red to a centre pocket, and his opponent stepped in with a superb 53 clearance. Londoner White extended his lead with a flawless 89.

He had a clear chance to settle it in frame four but accidentally feathered the white as he cued up for the final yellow at 34-46. Davis cleared to keep his hopes alive, but White dominated frame five with a top run of 44 for victory.

"I'm delighted, I had to be on my game because Steve was also playing well," said White. "When I feathered the white in the fourth I thought 'here we go again', but I managed to keep it together. My safety was very good and that's what won it for me.

"I've been putting a lot of hard work in recently, I've still got a lot of enthusiasm and I love playing. I'll be back on the table tomorrow and heading to Germany later this week for the EPTC event, and hopefully keeping this form going.

"This has been a brilliant event, all the players have had a lot of fun and it's been great entertainment for the fans. Hopefully it will become a regular event and I'll get the chance to defend the title."

Six-times World Champion Davis added: "Jimmy was superb, he put me under it from ball one. Missing the red in the second frame was expensive for me, but he seemed to play as well as ever." 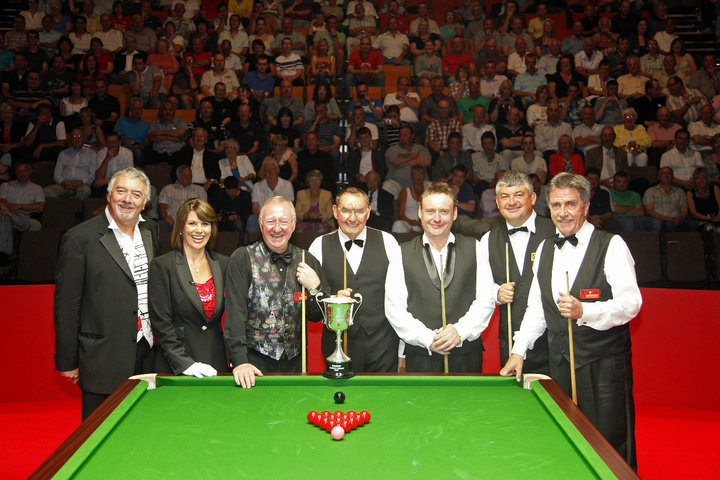 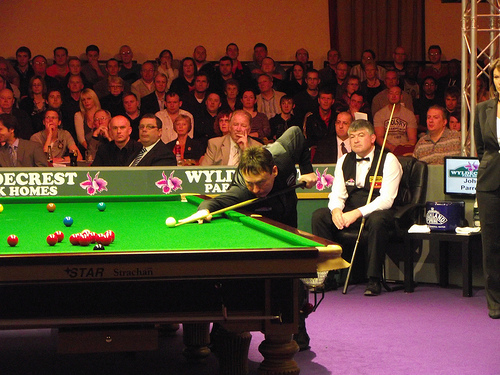