The Victorian Government, IMG Worldwide, the global sports, fashion and media company and World Snooker today announced that Victoria has secured the right to host the first ever world ranking snooker event to be staged in Australia.

The new tournament on the prestigious World Snooker Tour is named the Australian Goldfields Open and this inaugural event will be played in Bendigo from 18 -24 July, 2011.

The agreement will see a world ranking event staged in Australia for each of the next three years at Bendigo Stadium.
(. . . read more) 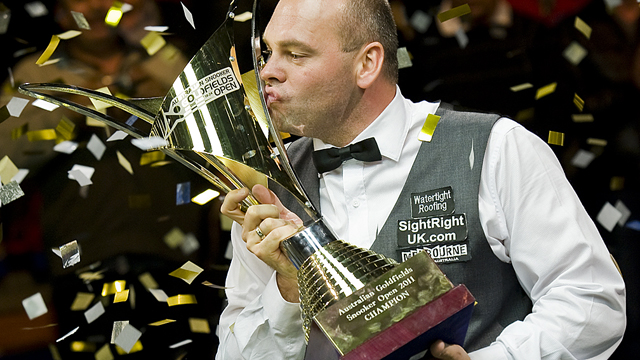 Stuart Bingham has won his first ever ranking tournament as he clinched a dramatic 9-8 victory over Mark Williams in the final of the 2011 Australian Snooker Goldfields Open.
(... read more) 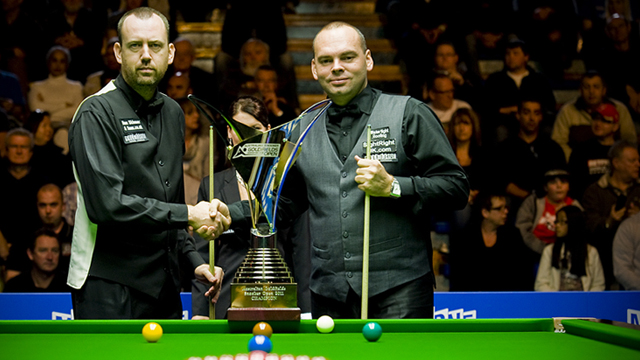 * The Australian wildcards 1 and 2 will play the 31st and 32nd ranked players at 10am with the winner of each game advancing to round one. There will be slight break after the Wild Card games prior to the 1.00pm session starting.


From Monday 18th to Friday 22nd (inclusive) matches one and two in each session will be played on 2 tables with all seats able to view both tables.


The Semi Final and Final matches will take place on 1 table.

Finals will be determined the day before and published by the Tournament Director.


All matches up to and including Quarter Finals – best of 9 frames, Semi Finals –

Qualifying session of 2011 Australian Goldfields Open at the World Snooker Academy in Sheffield have ended on Thursday, June 30 featuring 16 players who will enter Bendigo Stadium in first round of the tournament on July 18.

A couple of close matches were played in the final day qualifiers at the academy arena. A new controversy also hit the arena when the 40-year-old Rory McLeod refused to shake hands with the female referee, Ivy Zhu of China, after his match ended.

Meanwhile, it was a disappointing day for Liam Highfield, as he crashed out of the qualifiers at the hands of Welshman, Dominic Dale, by the score line of 3-5. The match was pretty evenly balanced until the sixth frame when the scoreboard read 3-3. However, Dale swept the table brilliantly in the next two frames to ensure his victory. The scoreline of the final two frames was 86-0 and 70-10.

The Q School qualifier, David Gilbert finally got rewarded for his impeccable display of snooker in the qualifying session. He grabbed a 5-0 whitewash victory on the final day over Mark King to book a spot in Last-32. Gilbert fired some fine knocks of 54, 53 and 90 to unsettle his opponent completely.

Marcus Campbell is another player who made it to the first round of 2011 Australian Goldfields Open beating Mike Dunn after a close encounter by 5-4. Campbell had to bounce back from 0-3 down to win the crucial match in the end.

Rory McLeod ended Robert Milkins’ qualifying hopes when he nudged him 5-2 down in fourth round on Thursday. It was reported that McLeod didn’t shake hands with the Chinese female referee, Ivy Zhu. The reports have been confirmed, however, the reason for Mcleod's refusal is still undetermined.

The overall result after day four is given below: